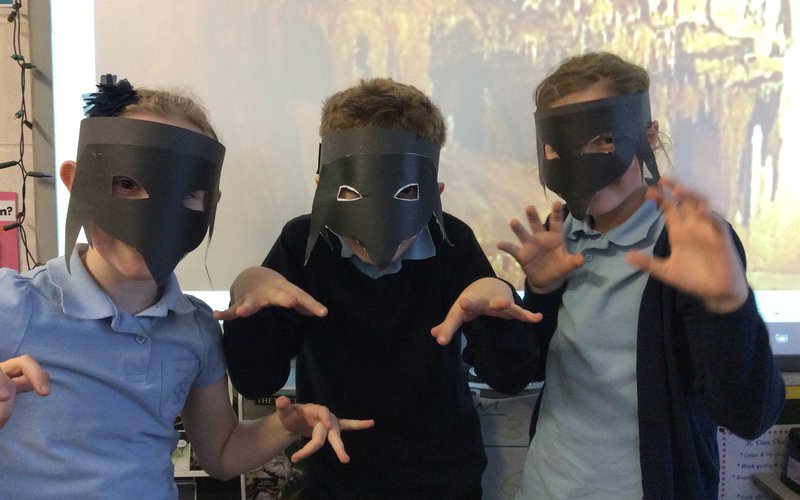 How to do Shakespeare Week

In the first of our series about how different schools celebrated Shakespeare Week 2019, we hear from Esther Cook, English co-ordinator at Hadleigh Community Primary School in Suffolk.

Although Hadleigh Community Primary weren’t new to teaching Shakespeare, 2019 was the first year that they took part in the Shakespeare Week celebrations.

For many years, teaching in Year 6, the children would write their own version of a Shakespeare play to perform at the end of the Summer Term and I saw the benefits – children rising to the challenge, increased confidence and focus. I also had High School teachers contacting me to say the understanding of their Shakespeare play stayed with them and helped them in later years.

When I changed year groups and moved into Year 3, there wasn’t the same opportunity to “do” Shakespeare. I found it disappointing to hear another teacher say, “Well, we shouldn’t be doing Shakespeare in primary school!”. So when I found out about Shakespeare Week, I couldn’t wait to give it a go. However, as a large primary with three form entry, I thought there were bound to be some members of staff with doubts. And there were.

Undeterred, Esther went ahead with organising a fun-filled Shakespeare Week.

The Head started Shakespeare Week with a whole school assembly, using the PowerPoint from the Shakespeare Week resources. This was a great way to start the week. It was hilarious watching children go up to the front of the hall and insult the Head Teacher Shakespeare-style!

'There was a fantastic buzz around the school and it was lovely to see children gathered round trying out the Shakespearian language. Parents were even giving it a go at the end of the day!'

Esther adapted her Shakespeare Week program to make it fit into the school timetable, and appropriate for children across the school.

During the week, some classes did daily lessons, whereas others found a block of time that suited them better. Foundation Stage looked at The Tempest, KS1 A Midsummer Night’s Dream and KS2 Macbeth, apart from Year 6 who looked at Romeo and Juliet. 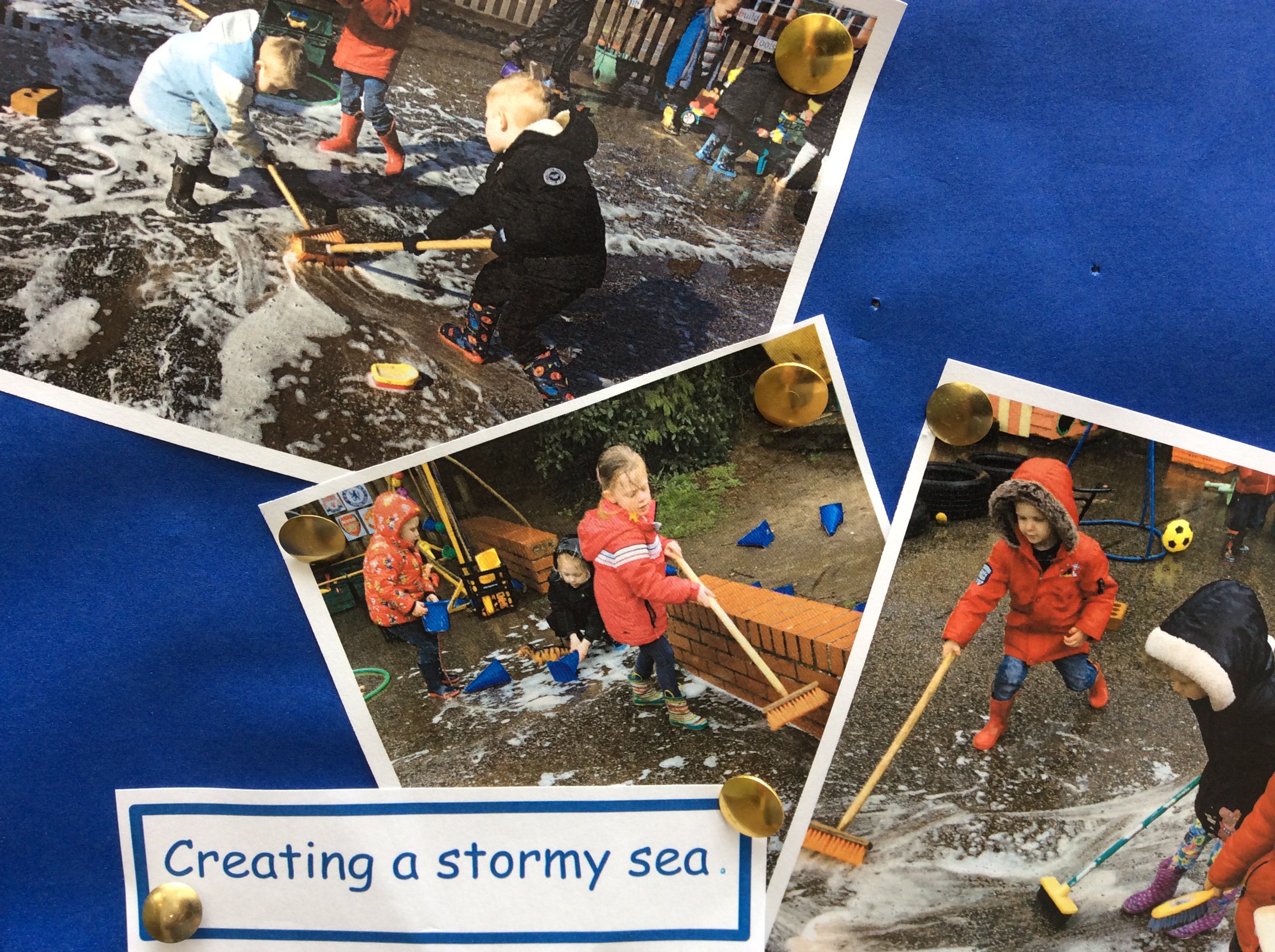 The Tempest was most appropriate for Nursery as they focused on the weather element. I had a message from the Nursery teacher saying, “Please can we start Shakespeare Week early as the weather conditions are perfect for it right now?” The fact that a storm was passing over meant they could go out and listen to the wind, watch the weather and make a stormy sea with brooms and soapy water. That was a highlight for me, to look out of my classroom window and see Nursery children on the playground setting the scene for the start of a Shakespeare play with their very own tempest! The Nursery teacher was sceptical at first as to how you can possibly make Shakespeare accessible for three- and four- year-olds, but trusted that it could be done and had a go.

'It was a very different experience for the children, but they really enjoyed it. I was out of my comfort zone, but I’m glad we did it. It was brilliant! Loved it!' 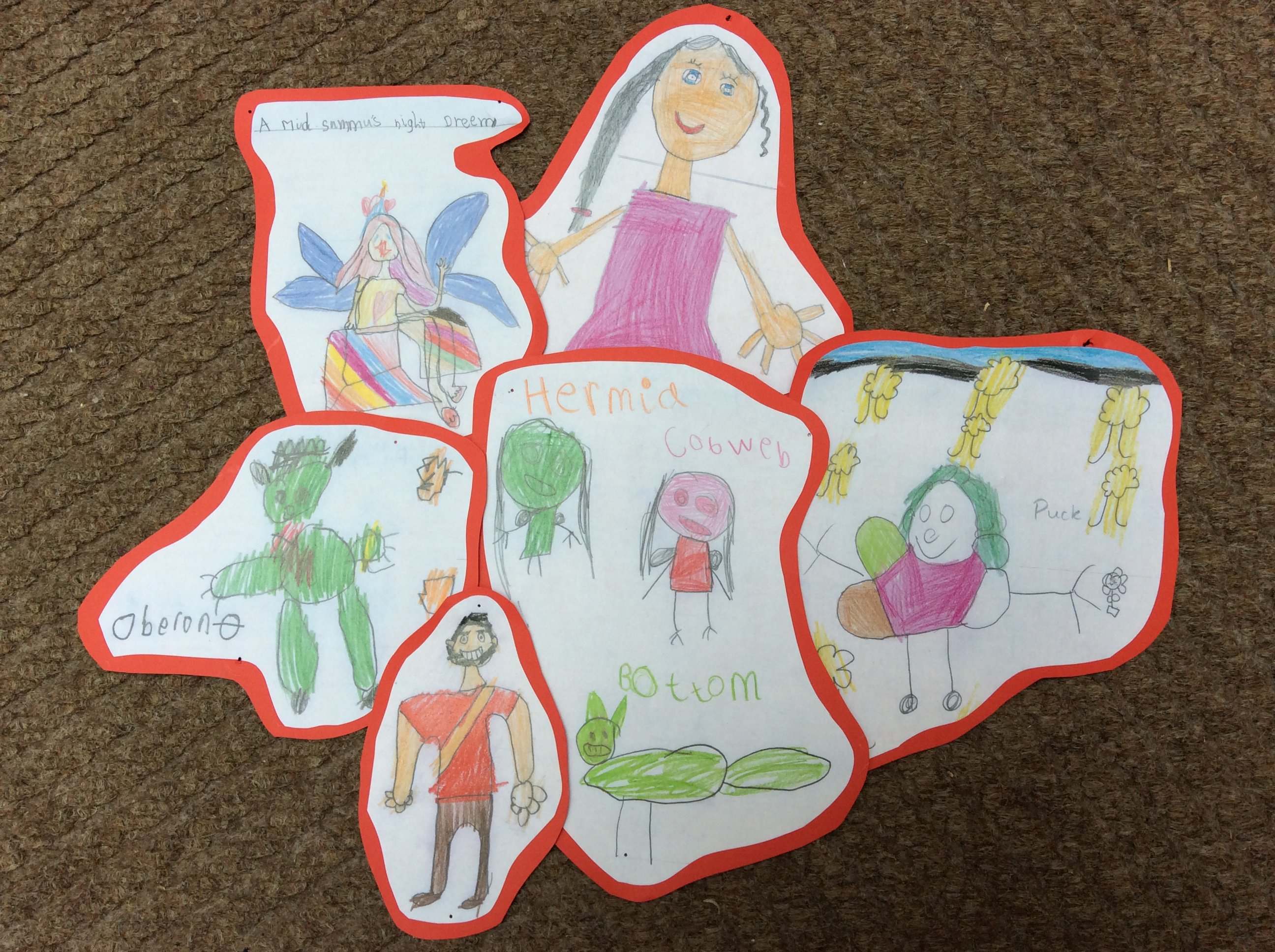 Year 1 & 2 watched the Animated Tales cartoon version of A Midsummer Night’s Dream. The children retold scenes through drama and the class teacher was amazed the children could remember the names of the characters. The children also loved drawing the characters. Pupils were still buzzing when awards were given out by the Head Teacher at the next assembly, and parents reported that their children were still excited about it when they got home.

'I was amazed by how enthused they were by it.' 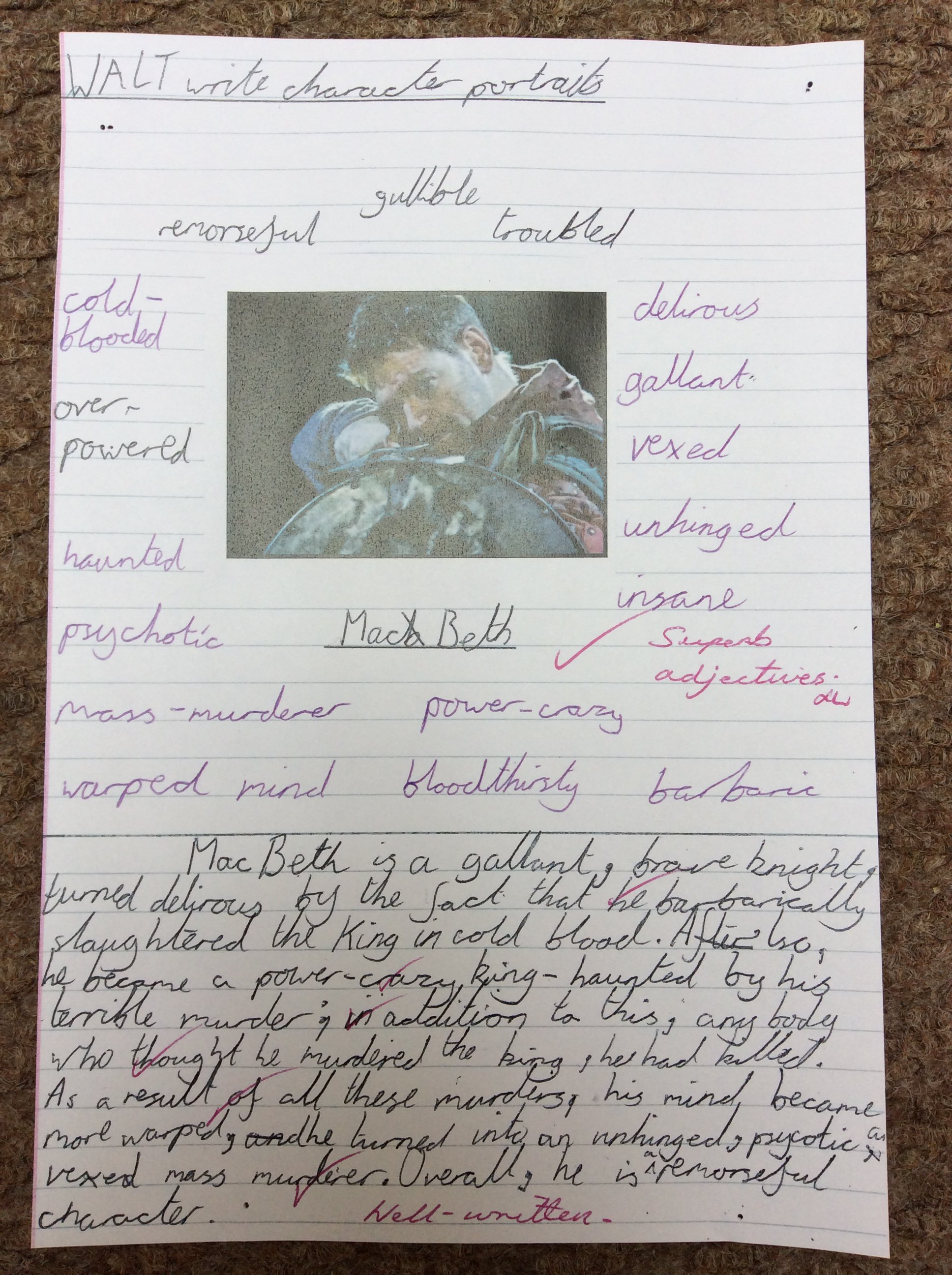 Year 3 loved acting as the witches in Act 1 Scene 1 of Macbeth. After reading the scene to the children, we clarified the vocabulary to ensure they understood what was being said. The children made eye masks which helped them to overcome any nerves and enabled them to throw themselves into the role. It was a joy to see less confident pupils acting away in full voice; they became different children! They became immersed in the play and more confident. Two of my most nervous children became the best performers and this newly acquired confidence has remained with them. A large majority of the children learnt the whole scene by heart. In fact, when travelling home from a school trip the next week, the children started reciting the scene on the bus en masse!

Year 3 teachers retold the story using the Short Shakespeare Tales resource from the Shakespeare Week website. I had children standing up as the characters as I was telling it. This really helped the children to remember, as two months later when talking about fierce competition between the classes a SEND child said, “I’m gonna be like Macduff!” He had been Macduff when I was telling the story.

Year 4 read a story version of Macbeth in their Reciprocal Reading. They then did clarifying, predicting and questioning (literal, inferential and evaluative). Their main work focused on the use of speech. The children wrote on speech bubbles using the insulting Shakespearian language to create a conversation between Macbeth and Lady Macbeth. These speech bubbles were then used to write correctly punctuated sentences with inverted commas and a reporting clause. 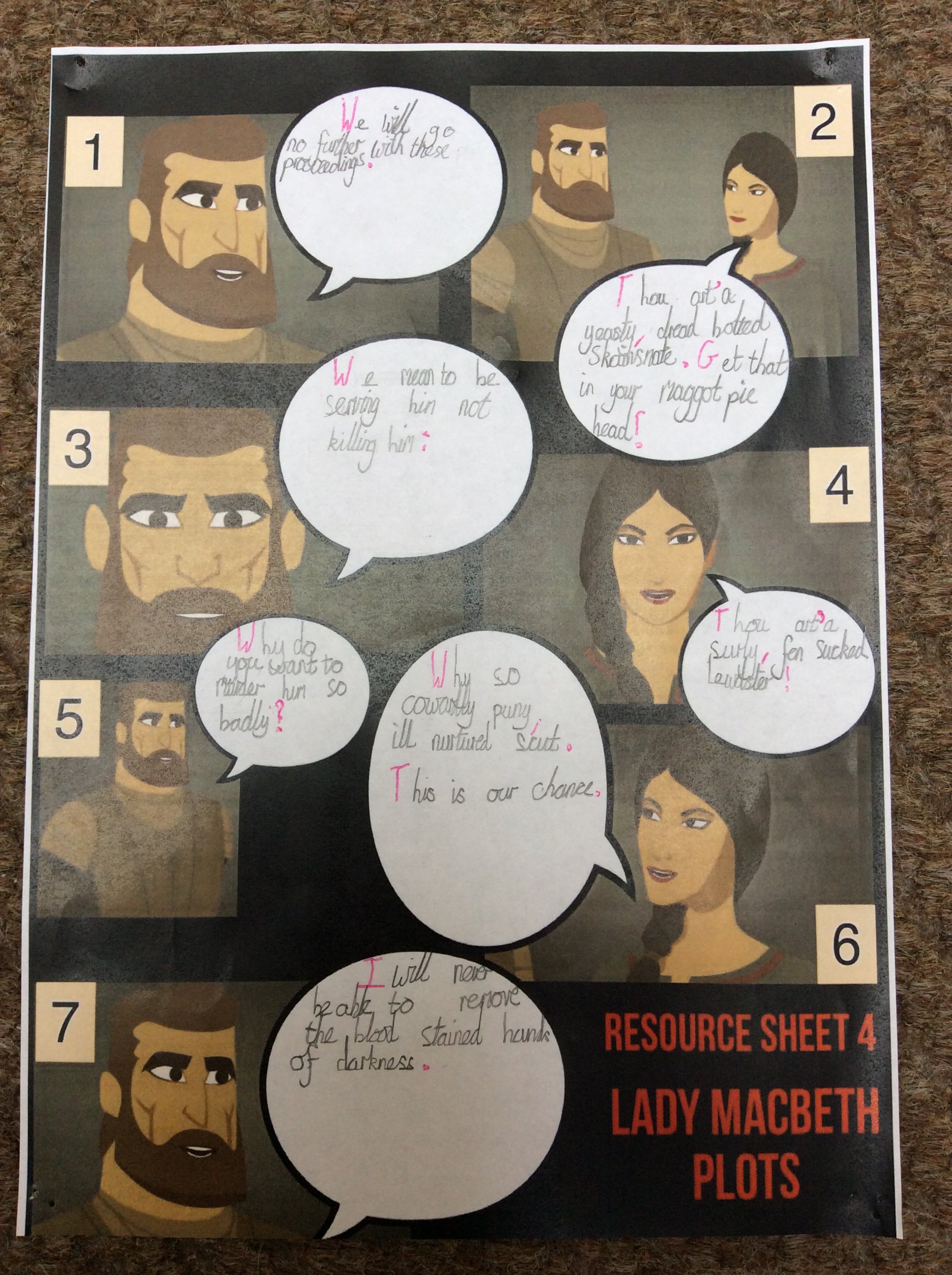 Year 5 read the story short version of Macbeth, followed by watching the Animated Tales version which they found to be very accessible. The children dramatised the play through tableaux, took photos and then summarised the story.

Finally, Year 6 children focused on the Prologue of Romeo and Juliet, producing a comic strip version.  They were also involved in role-play. After reading the Animated Tales version of the play, they then turned a section of the script into a narrative.

'This really brought it alive. The creative writing was meaningful and purposeful for them. They really cared about it. They were so enthusiastic and this showed in the quality of their work.'

And what was Esther’s highlight of the week?

By the end of the week everyone felt more confident, with both teachers and children alike feeling it was a memorable shared experience. The highlight of the week for me was to hear the Year 5 teachers ask me excitedly, “Will we be doing this again next year? It was brilliant!” I was really pleased to say, “YES!”

With thanks to Esther Cook, and all of the pupils and teachers at Hadleigh Community Primary School. Thank you for taking part in Shakespeare Week and agreeing to share your experiences.